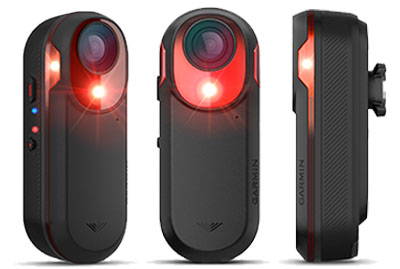 The rearview radar with camera & tail light that continuously records your ride—autosaves before, during, and after events if it detects an incident! 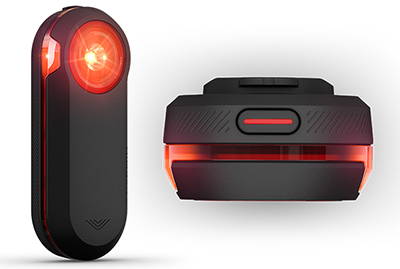 Buy the Varia RTL515 road bike radar & tail light and know when someone's behind you or approaching quickly—plus let them know you're there! 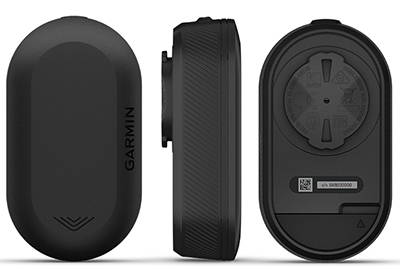 Buy Varia RVR315 & have eyes on the back of your helmet! Get audible & visual alerts on your compatible Garmin device or phone w/Varia app! 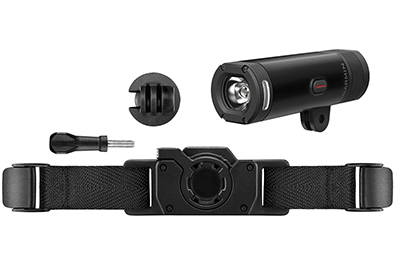 Thanks to the Varia RCT715, now you can see and record what’s behind you with a built-in camera that saves footage automatically if it detects an incident!

You'll be able to capture sharp, clear video in 1080p at 30 fps. Want to extend your battery life for a longer ride? Simply set resolution at 720p. Plus, easily view footage and control the camera via the Varia mobile app.

When an incident is detected, the RCT715 will autosave footage from before, during, and after the event—so you have it on record! (Notice: Some jurisdictions regulate or prohibit use of the camera function of this device. It is your responsibility to know and comply with applicable laws and rights to privacy in jurisdictions where you plan to use the camera function of this device.)

But this new Garmin cycling device is not just a rearview camera. It's also a radar and tail light—for bonus safety, visibility, and awareness on your road rides.

The Varia RCT715 rearview radar detects vehicles approaching from behind up to 153 yards (140 meters) away and integrates with your Edge® bike computer, select Garmin watches, or the Varia™ app on your paired compatible smartphone to provide those must-have alerts. Plus, the bright tail light makes you more visible to motorists.

Choose from three modes to maximize battery life: always-on, lights and radar only or radar-activated mode, which turns on the camera when an approaching car is detected.

This road bike radar with camera and tail light is ready to use right out of the box with included 16 GB SD card.

Garmin Varia RCT715 battery life is up to 4 hours with radar and tail light on solid high or night flash, up to 5 hours on solid low, and 6 hours on day flash—all with camera recording at 1080p—so you can ride with confidence!

Know what's coming. And be seen up to a mile away.

The Varia RTL515 is your rearview radar and tail light in one. Maximize your awareness with visual and audible alerts for vehicles approaching from behind up to 153 yards (140 meters) away. Plus, be seen by approaching vehicles in the daylight from a mile away.

Using your phone as a primary or backup display? The Varia app provides increased awareness graphics that show you the position and speed of approaching cars.

This easy-to-mount compact cycling radar offers multiple modes, like peloton mode with a low-intensity flash that's easy on the eyes of other riders in the group.

The Varia RTL515 battery life gives you up to 16 hours of battery life in day flash mode and up to 6 hours in solid mode.

Ride with a reliable bike radar. Ride with peace of mind.

The Varia RVR315 helps you increase awareness of approaching motorists with visual and audible alerts—up to 153 yards away.

Pair it with your Edge bike computer, compatible smartphone, or your preferred compatible Garmin watch.

The Varia smartphone app allows you to use our phone to view graphics of the speed and position of approaching cars as well—along with tone and vibration.

Integrate the Varia radar with your favorite apps, such as Ride with GPS to overlay your maps with rearview radar alerts.

The Varia RVR315 is small, easy to mount, and gives you up to 7 hours of battery life—so you can spend more time riding!

Ride longer and smarter with this Varia headlight for road and trails.

Be visible in daylight from more than a mile away—the Varia UT800 projects a steady beam of 800 lumens.

Featuring a low-profile, lightweight (140 g) design, mount this Varia bike headlight to your handlebar with an out-front mount or to your helmet with a helmet or friction mount.

Use your Varia UT800 smart headlight alone or with your Edge bike computer. When paired with Edge, the headlight auto-adjusts based on speed and ride profile. Control your light with just a quick tap.

Additionally, get auto-brightness control with select Edge cycling computers that can detect ambient light conditions and auto-adjust your headlight brightness accordingly. This and multiple modes on this smart bike headlight help you maximize battery life.

Should You Mount a Camera on Your Bike?

A road bike camera can capture valuable action footage—especially if there's an incident on the road.

The Garmin Varia RCT715 mounts right under your bike seat, completely out of the way and in no way cumbersome to your ride.

A rear bike camera can provide evidence for when a bike ride goes wrong—so you'll have the proof when you need it. And because the Varia RCT715 automatically saves footage before, during, and after it detects an incident, you can be sure you'll have it.

Also, the RCT715 road bike camera pairs with your Edge bike computer, Garmin watch, or smartphone via the Varia app, so you can easily access your footage, transfer videos, or customize camera settings such as data overlays.

As everyone on the road becomes aware that more and more bike cameras are on the road as well, perhaps this will be a deterrent for unsafe driving and riding—and promote more road-friendly behavior and courtesy.

While the radar can tell you if a vehicle is going to overtake you before you can see or hear it, the tail light feature makes you more visible to motorists.

And these Garmins give you light mode options for the many types and lengths of rides.

All put eyes on the back of your helmet. Two make you more visible. One records what's happeing behind you.

The the Varia RCT715, RTL515, and RVR315 are all road bike radars that can alert you—visually and audibly—about cars approachig from behind, up to 153 yards away.

The main difference is that the RTL515 is also a tail light that will cost you $50 more. But for that, you'll be visible to vehicles behind you up to a mile away—in the daylight!

With the a Varia RCT715 you'll get radar, camera, and tail light rolled all into one. It's set you back $400, but you'll have video evidence if any unsavory incidents occur during your ride!

Otherwise, all these cycling devices pair with your Garmin Edge bike computer, compatible Garmin watch, or your smartphone via the Varia app.

The Garmin Varia RTL515 includes a mounting kit with a universal mount.

The Garmin Varia RVR315 comes with hardware for mounting a universal mount.

Varia radars now include a third mounting option, for d-shaped seatposts (as well as an aero v-shaped one and a standard round one).

Note: You'll want to mount all these devices as high on the seat post as possible for optimal radar detection; you want your device 250 mm to 1200 mm above the road.

For the Garmin Varia UT800 smart headlight, the urban edition comes with bike mounts: a universal out-front mount and a quarter turn to friction mount.

What Can You Do with the Varia App?

When paired with your compatible Varia rearview radar device—RTL515 or RVR315— the Varia app alerts you about appoaching cars on your six from up to 153 yards (140 meters) away.

Pairing the app with your Varia rearview radar is quick and painless. After the initial pairing, the app auto-recognizes your device.

The Varia app allows you to keep your eyes on the road when you need, by providing tone alerts. Put your phone in your pocket, and vibration alerts let you know when a vehicle is coming.

You can download the Varia app in the App Store and the Google Play store.

What Are Garmin Compatible Devices for Varia Camera, Radars & Lights?

CHECK OUT OUR GALLERY OF CYCLING COMPUTERS, TRAINERS & POWER METERS