Forerunner 255 & 955 — Which One Should You Buy? We Fill in the Gaps About the Features on These New Garmin Watches for Runners. 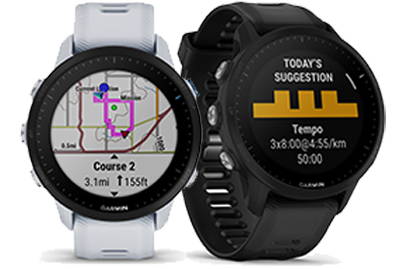 Get even more information about Forerunner 955 features & try it with FREE 2-day shipping and FREE 60-day returns. 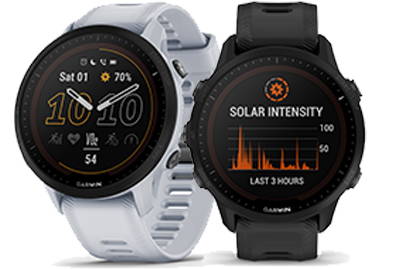 The Forerunner 955 Solar has lots of new solid features. Will Garmin release firmware updates with these features? We discuss it below! 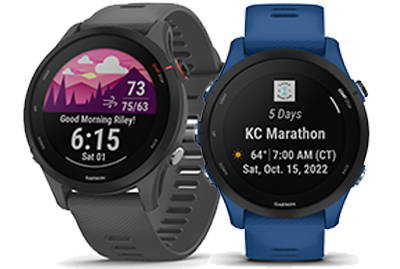 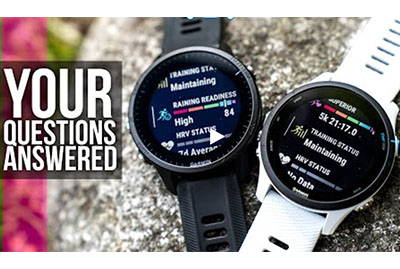 Our partner Dave at Chase the Summit answers your most urgent questions about the 2022 Forerunner 255 & 955 GPS running watches.

What are the completely new Garmin Forerunner 255/955 features?

Is the Forerunner 255/255S now a full multisport watch?

Does the Forerunner 255 Series now have a barometric altimeter?

YES! The Forerunner 255/255S does now have a barometric altimeter!

So, this running/triathlon watch will record your elevation data when you are out on an activity and display it in real-time during your activity in the data field.

Will older Garmin watches get these new Forerunner features in firmware updates?

Dave from Chase the Summit predicts with 99% certainty that all the new higher-end Garmin with touchscreens released this year will get firmware updates with these new running features.

You can probably expect the fēnix 7 Series, epix 2, and tactix 7 to get them in a future firmware update. But probably not the Instinct 2/2S, because it is more of an outdoor hiking watch and less of a training tool.

This, of course is based on what Garmin has done in the past, but none of us has any assurance from Garmin that they will do it. It's just very likely.

As for getting these Forerunner 255 upgrades on the 245 ... it's hard to say. We've had people say that, up until now, they've gotten new software updates on their Forerunner 245.

What are the benefits of upgrading from the Forerunner 945 to the 955?

See a full comparison of the Forerunner 955 vs 945 multisport watches.

Will Stryd work with Native Running Power on the Garmin Forerunner 255/955?

Not without installing the third-party Stryd data field and using the Stryd app.

As mentioned, the Forerunner 255 and 955 now have Native Running Power, which means that, when using a Running Dynamics Pod or HRM-Pro™ (sold separately), you can receive real-time metrics of how much power is being exerted on a run, built into the watch—no app required.

The Stryd pod is a sensor that you can attach to your shoe and can record running power to your Garmin watch, Apple watch, phone ... as long as you are using the Stryd app.

But Dave tried to get it to work with both the FR255 & FR955, without the Stryd app and data field installed, and it did not work—which is the point of Native Running Power: you don't have to do all that.

Will there be a Forerunner 955 LTE version?

No word from Garmin on this, but it doesn't seem likely.

Both Dave from Chase the Summit and DC Rainmaker don't foresee Garmin releasing a Forerunner 955 LTE.

But again, we have heard nothing from Garmin to support this. So it is a wait and see situation.

Although, Garmin added Spectator Messaging, as seen on FR945 LTE, but requires your smartphone to be with you on the FR955. Plus, ability to redirect Emergency Assitance to a single person. So, the Forerunner 955/955 Solar multisport has picked up a few of the upgarded safety tracking features of the LTE.

Based on new training tools alone, we would recommend the Forerunner 255/255S over the FR745 (we don't know if it will get all the updates).

Plus, the Forerunner 255/255S has the new dual-frequency chipset for multi-band GNSS, which means you get more accurate tracking in challenging envioronments.

Additionally, the Forerunner 255 Series offers much more battery life, which makes it a better watch for runners and triathletes.

Does the Garmin Forerunner 255/255S have Hot Keys?

Oddly, Garmin left Hot Key customization off of the Forerunner 255.

Hot Keys lets you customize buttons to quickly access specific settings or options on the watch. This allows for assigning shortcuts to the watch buttons instead of needing to make the selections from the watch menus.

Other new Garmin watches with touchscreens released this year do feature the Hot Key functionality, including the fēnix 7/7S/7X, epix 2, and tactix 7.

The new Instinct 2 Series and Descent G1 Series, which do not have touchscreens, also have the Hot Key option.