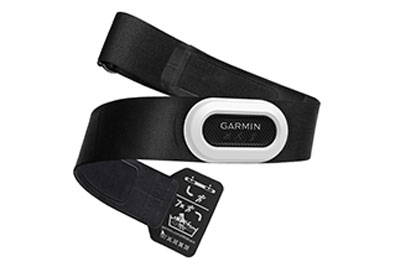 Get an upgraded version of the original Garmin HRM-Pro, like the ability to transmit pace/distance both indoors and outdoors. Find out what else! 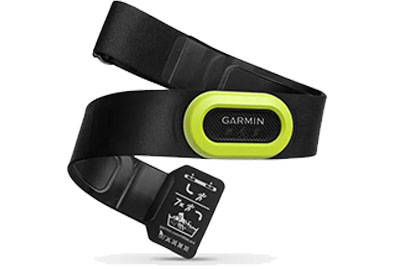 These are the best Garmin HRM straps to date! If you already have a Garmin HRM-Pro, you don't have to upgrade—find out why! 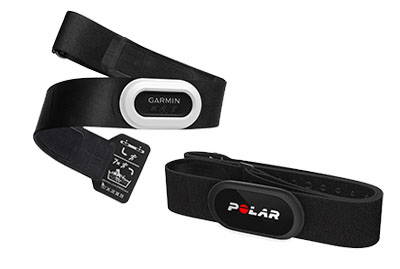 Should you buy a Garmin HRM-Pro Plus or a Polar H10? Find out which is the best chest strap heart rate monitor for your workout!

HRM-Pro Plus vs Polar H10 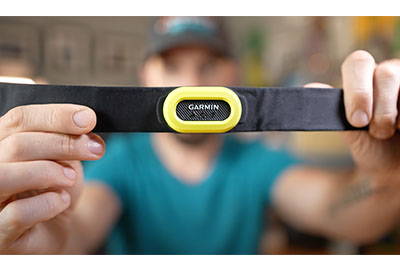 Find out what our go-to running guy, Dave at Chase the Summit, has to say about this Garmin HRM Chest Strap in his video review.

Garmin HRM-Pro Plus | Table of Contents

Sold out
Buy Garmin HRM-Pro Plus

Garmin HRM-Pro Plus Review from our partner Dave at Chase the Summit!

Garmin has been creating high-end heart rate monitor chest straps—such as the HRM-Run, HRM-Tri, and HRM-Swim—for a while now.

Each one has their own set of features that makes them good for specific applications.

With the release of the HRM-Pro in 2020, Garmin took features from each of those activity-specific heart rate sensors and baked them into one.

Now, in July of 2022, Garmin has released the upgraded version of the HRM-Pro, which is aptly named—you guessed it—the HRM-Pro Plus.

The Garmin HRM-Pro Plus is Garmin's best heart rate chest strap to date. It includes 3 major differences from the original HRM-Pro and a couple of surprises. First the differences:

And now for the surprises ... not only is the upgraded HRM-Pro Plus the same price as the Garmin HRM-Pro—$129.99—the HRM-Pro straps are getting the new software update. In fact, Garmin sent out the firmware update on the same day the new heart rate chest strap was released—July 13!

Software Feature Upgrade on the Garmin HRM-Pro Plus

The main new software feature on the HRM-Pro Plus is the transmission of pace and distance indoors, as well as outdoors.

Plus, the HRM-Pro will get this new update also.

For your indoor track or treadmill sessions, this heart rate monitor transmits pace and distance information to your compatible Garmin smartwatch and over Bluetooth Low Energy technology, so you can get the data you need no matter where you train.

Your HRM-Pro Plus will calibrate automatically for transmitting pace (which will then be used to calculate distance) after you simply run with it for a while.

You can run outdoors with GPS for a couple of hours (collectively) at different paces. Or you can run indoors on a treadmill for about a mile and enter the treadmill distance value.

The HRM-Pro Plus is one of 5 Garmin accessories that can give you Running Dynamics with a compatible Garmin watch. Metrics include:

We highly recommend that you use a 2022 Garmin GPS watch, such as:

If you are planning to use your strap primarily for pool swimming, you may want to consider the Garmin HRM-Swim. It sticks more to the body in water than the other Garmin HRM straps.

However, it does not have the same transmission and memory as Garmin HRM-Pro Plus.

The HRM-Pro Plus is great for openwater swimming, but less ideal for guys who pool swim. In the pool, the chest strap on the HRM-Pro and Pro Plus can move when doing a flip/open turn off the wall—not ideal for training and workouts. For ladies who have the strap covered by a swimsuit, it’s a non-issue, as the suit keeps the water pressure from moving the strap.

The HRM-Swim has a thicker, nonslip strap that is specifically designed for swimmers, so it is a better choice if you are a pool swimmer looking for the best heart rate monitor chest strap.

Garmin HRM Tri vs Pro Plus — Which One?

Garmin HRM Swim vs Pro Plus

But only the Garmin HRM-Pro Plus offers stand-alone activity monitoring (steps, all-day heart rate, calories and intensity minutes), supports TrueUp, and offers Running Dynamics along with running pace and distance, indoor and outdoor.

Both of these heart rate straps are similar in design.

Both can show a workout afterword in app.